Everything is Not Awesome - The Lego Movie

Three out of Five Stars


Darryl Musick pitches in today with his review of the current number one movie at the box office this week:

Well, I do admit it's not bad for what is basically a two hour toy commercial but, unlike the catchy song that will be deeply embedded in your head for days after the final credits roll, The Lego Movie is not awesome.

The Christian allegory may go over the heads of the little ones but that is the basic premise of the plot.


The movie opens up with the good wizard Vitruvious battling the evil Lord Business over possession of the mystical Kragle with Lord Business claiming victory while Vitruvious mentions the prophesy of the "Special" who will bring down Lord Business in battle because he possesses the "piece of resistance."

Fast forward to 8 and a half years later, we meet Emmet. He's a construction worker in a perfect Lego paradise.  Waking each morning, he has a set of routines written on a Lego brick that he follows to the letter, including a hilarious exercise routine that highlights the limits of these toys.

Emmet and his fellow workers happily toil away, listening to the only song on the radio..."Everything is Awesome," that catchy tune penned by Mark Mothersbaugh...and eagerly awaiting Taco Tuesday.

At night, hearing something at the construction site, Emmet meets WildStyle, a cute female Lego creation, crashing about the site.  When things get rought, they fall through a hole where Emmet gets connected with an underground rebellion let by Lord Vitruvious, WildStyle, her boyfriend...Batman...and other "Master Builders."

The story goes on from there with Emmet the reluctant cog in the rebellion's plans to overthrow Lord Business.

The animation has a crude quality to it, and I mean that in a good way, as if someone was actually playing with a Lego set. Facial features are stickers that jumpingly change from frame-to-frame to show different emotions and speech. The characters move with a stiffness because, well, they're Legos, and strings appear when someone needs to fly through the air.

The story's been told a million times before so it's not an original plot. The difference here is the ending which I won't spoil by describing but, once you see it, it's not really surprising.

It's here that the movie kind of fell flat for me. The casting and acting of this final portion just didn't feel like it belonged to the rest of the movie although it could have really been the clincher if it had just had someone I cared about at that point.

Still, it's an enjoyable movie. I wouldn't pay to see it but when it comes out on cable, I'd recommend it.


Darryl
Copyright 2014 - Darryl Musick
All rights Reserved
Posted by D. Musick at 8:41 AM No comments:

Who Needs Oscar When You Have Me? 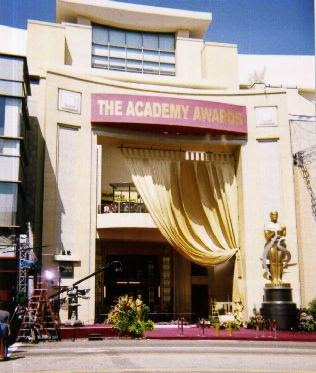 Here are my picks for the best movie of 2013 ahead of tonight's Academy Awards broadcast...


2. 12 Years A Slave-Best film of the year so far. It serves as a reminder of a part of history we should never forget.


3. American Hustle-Comes in a close third. The more I think about this film the more I like it. Great acting performances all around.


4. Captain Phillips-Had the feel of Zero Dark Thirty from last year's awards. Very intense and entertaining. Well deserved nomination by newcomer Barkhad Abdi. On the other hand, Mr. Hanks is one of the biggest snubs in recent memory.


5. Nebraska-Great realistic film that shows what our world is like today. Very funny and entertaining. I could definitely relate to what the main characters were going through. It reminded me so much of the various places my family and I have traveled to. Great performances by Bruce Dern, Will Forte and June Squibb.


6. Her-Another very good film. The premise of a love story that involves a computer is definitely weird, but that's what director Spike Jonze is about with very quirky stories. He somehow makes it work. One final note: Joaquin Phoenix delivers his best performance of his career.


7. Gravity-This is the most disappointing of the nominees because I wanted to like this movie going in. The only thing it really has going for it is the 3-D and the visual effects. The plot can be very predictable and I didn't really feel a connection with the main characters. Having said all that, this is a movie that the Academy drools over which means a lot of Oscar gold.